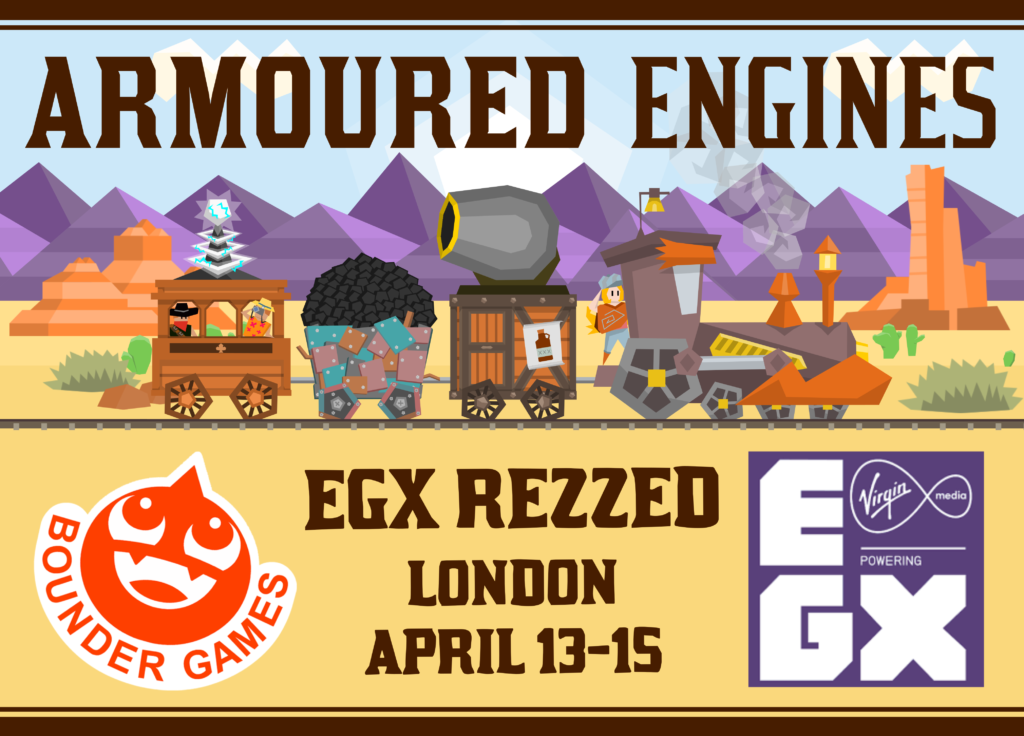 Fill your boilers with steam and sound your whistles – Armoured Engines is headed back to London for this year’s EGX Rezzed gaming expo! Swing by and check out some fabulous indie games, including ours!
More info on EGX Rezzed:

EGX Rezzed is a video games event brought to you by the team behind EGX, the UK’s biggest video games event. Although it’s a smaller event than its older brother, it still features many of the attractions you love about our events; playable pre-release games on both PC and console (with a strong focus on indie titles), developer sessions by well known game designers and the opportunity to chat with developers on the show floor.